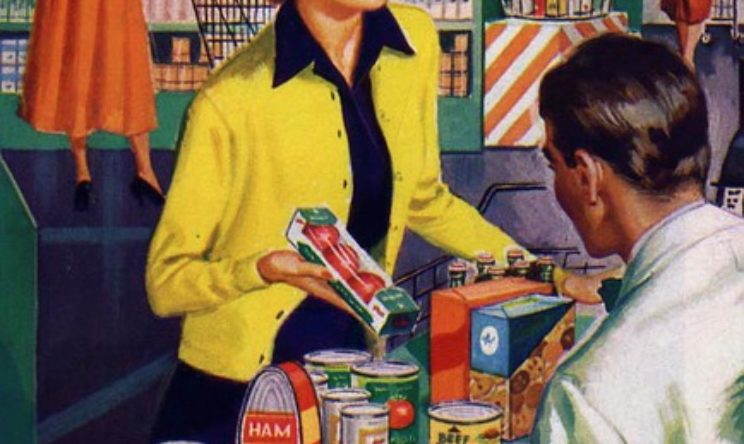 The swinging 60s. Revolution was at the heart of these years. Technology and the zeitgeist were evolving, music was evolving and retail was evolving. It’s all connected. At a time when the identity of Britain is something that people are presently debating, it seems appropriate to look back at some other defining events in our history. One such event is the introduction of the plastic to the UK: the beginning of the age of the credit card.

How old is the Credit Card?

Outside of the UK, the Diner’s card had started to take hold as an idea and a payment method. In February 1950 it launched and a year later there were 20,000 Diner Club cardholders; this was in New York after a soon-to-be founder embarrassingly forgot their wallet at a restaurant. The function of this card was for travel and entertainment, much like other cards that would begin to emerge, they too had to be repaid in full at the end of the month. MasterCard had ideas like a credit card as early as 1946, but Diner’s Club set this perpetual wheel in motion. Cards up to 1959 were all cardboard or celluloid!

The age of the Credit Card is 50 years as of the 29th of June 2016 for Britain. Which means that credit cards were released in the same year that England won the world cup. It truly was a busy time for England. They were given something to celebrate and the means to fund the celebrations as 1.25 million plastics cards were sent by Barclays to their customers from June the 29th. Barclays were ahead of the game and the credit card revolution for Britain had begun.

Barclay’s objective was apparently to “reduce the use of cash in shopping and other transactions and the scheme is designed to appeal not only to those who must travel and spend a good deal of money in restaurants but also to the everyday shopper throughout the country.” Barclay’s biggest competitors didn’t yet have an answer for this for half a decade.

Once Barclay’s new credit card project had launched their customer base quickly grew before the competitors could begin to enter the market. In fact, 1.7 million of these cards were already in circulation before Access, now not in circulation, was released by a team of high street bank competitors. The age of the credit card was well underway. However, the limits were vastly different to what they have now. In 1966 the credit limit was only £100 and you could only borrow for one month, the interest rate was 1.5% and only 27,000 outlets accepted the card across the UK.

People have been applying for their credit cards for over 5 decades, making them nearly as old as The Beatles  (who performed their last UK concert in this year) and just like The Beatles, it’s gone on to shape the culture of the following half century. In keeping with the more liberal movement, credit cards helped to disassemble barriers women had to purchasing whimsically as other credit methods at the time required a male guarantor. Compare to now, I have to ask the girlfriend to get a pair of trainers on credit! Maybe we owe more to the age of the credit card than we think.

Of course, the credit card itself it still evolving, as retail and technology change, so do us all. We now have virtual credit cards that allow us to pay for goods without opening our purse or getting out of our chair.  Our generation have extraordinary freedom in their credit and purchasing, we can buy music from today and from decades before us. From jewellery purchases to charitable donations, credit, and credit technology give us the ability to change our own appearances and change the world around us. Here’s to another 50 years of evolution.